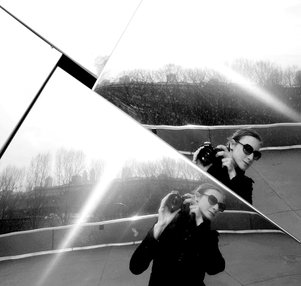 I had my first camera when I was a teenager and was soon fascinated by the way the world looked when transformed into black and white, watching a picture slowly develop in the water.

In my early 20ies I bought my first Nikon and started taking portraits, first in black and white. Later I added color and became a fan of modern architecture and reflections of all shades.

Today I don’t go outside without a camera, mostly an iPhone, which allows me to discretely capture everyday situations.

I consider myself a hunter and gatherer of forms, colors, and intriguing moments with an ironic twist.